Independence was a huge milestone for Singapore and brought many benefits and challenges.The government overcame many such challenges and made Singapore become a better place for everyone staying in Singapore. In the following paragraphs, we will see some ways in which the lives of people in Singapore changed.

One such aspect of the changes were employment opportunities. Other than developing its defence after independence in 1965, Singapore also needed to provide employment for its people.
One way to do this was to diverse Singapore’s economy by developing its industry, infrastructure , tourism and finance.To develop Singapore’s industry,the government attracted MNCs such as 3M, Ford Motors, Shell, etc. into Singapore.These companies set up factories in singapore which provided employment for the lo the locals.The givernment also set up several industrial estates to create even more jobs. The government also grew singapore tourism and finance industry. This was also very important as tourist spending could lead;to economic growth and more employment. With this, people would have better and stable income and they can improve their quality of life

Another aspect of the changes was housing conditions. Before independence, most people lived in kampongs within squatter settlements all over Singapore. The living conditions were poor as many of these were run-down or overcrowded.To improve the living conditions, the government established the Housing and Development Board (HDB).The HDB thus implemented a housing programme to build new flats quickly. By the end of 1965, the HDB had built roughly 53,000 new flats. They also addressed the problem of overcrowding around the city area, by relocating families to HDB flats to all over Singapore to disperse the crowd. The flats were equipped with amenities that people needed. While most people appreciates the new facilities and better living conditions, they still missed living in kampongs as they had more fun and time to interact with their neighbours . Some wanted to stay in kampong as they had small businesses by selling the chickens and crops grown and raised in their backyard 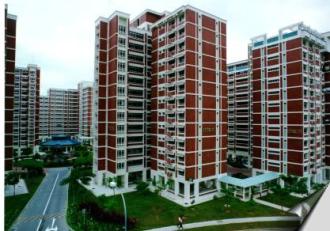